Funemployed in 2011, I take two motorcycles on a cross-country trip from California to Asheville to St. Louis. These posts document each day's travels.

Foreground: while the trip is going on, you can see what's up by checking my spot and/or fuelly.

Background: A friend of mine moved to Maryland from California and didn't want to take his bike, so he made it my problem. It's a good bike, but I live in St Louis, so I made a trip to California for a camping trip and annual labour day party and decided to ride it back home. Then I decided "why not make it a coast to coast ride?". So the plan is to ride to St Louis by next Monday (I have an appointment to make), do some maintenance/switch bikes, and then go to Deal's Gap and back. And then probably do more maintenance.

So that's the plan. After over over 600 shakedown miles in the 4 previous days (including the titularly required jaunt to Alice's and another trip to Cambria and back along 25S/1N), a rather short day 1 ended at my in-laws in Modesto 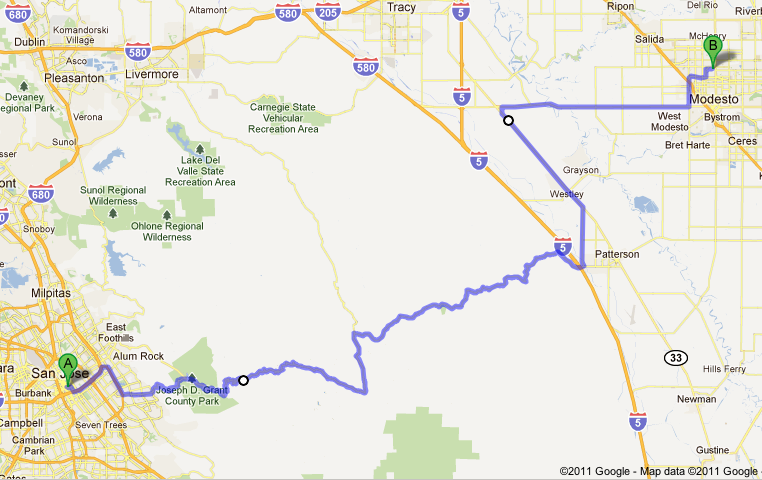 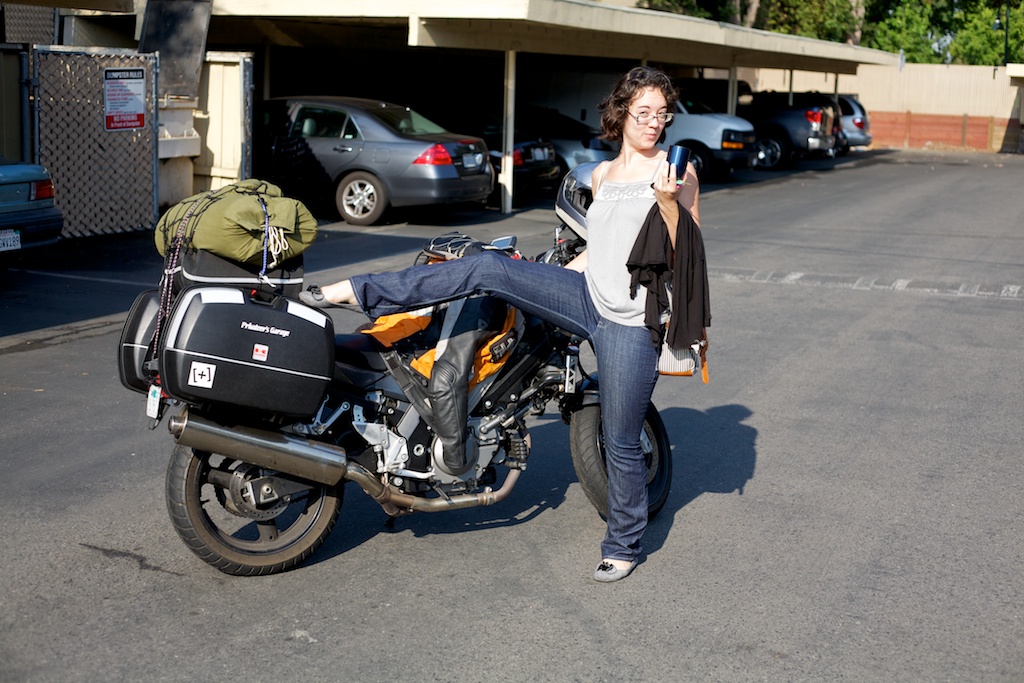 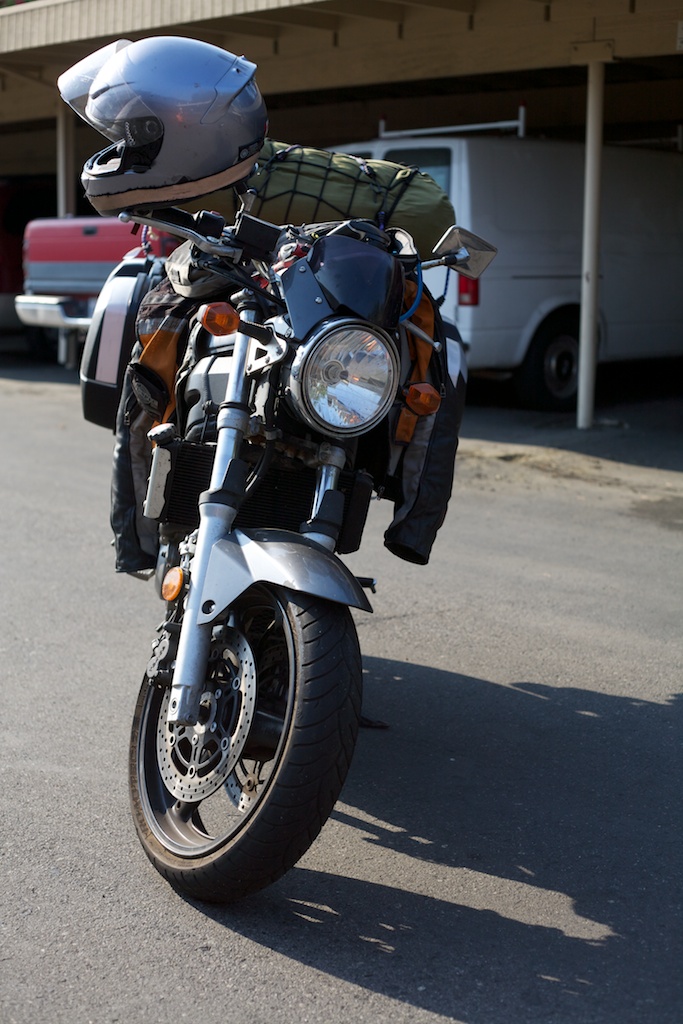 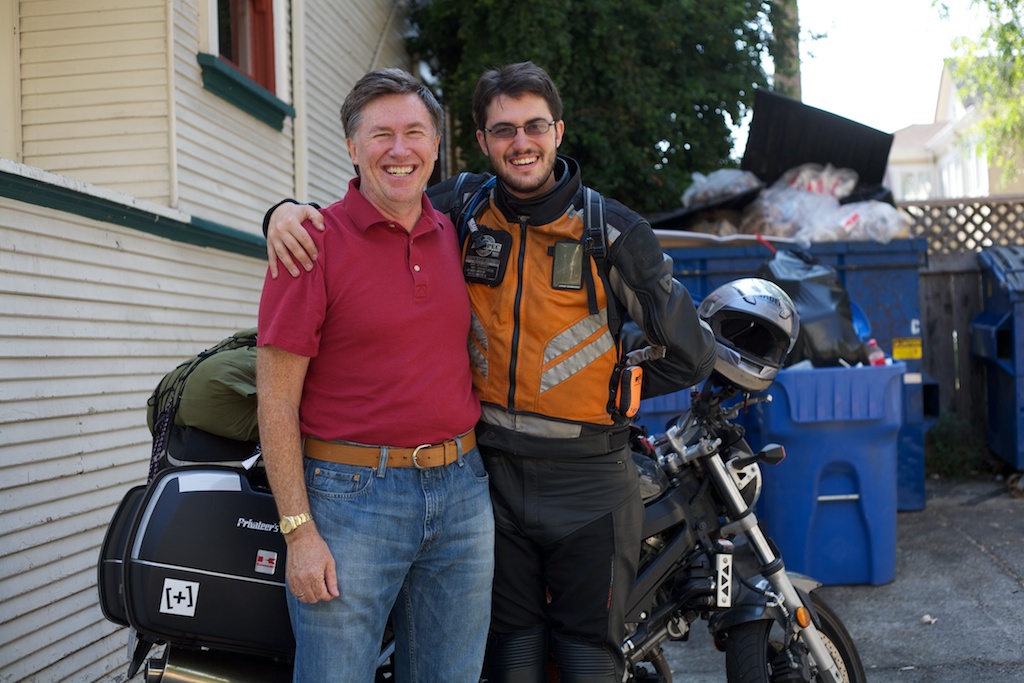 At the top of Mount Hamilton is the Lick observatory cluster, which contains at least a dozen telescope domes housing the second largest refractive telescope in the world, a very fine spectrometer, at least one fully-automated scanning telescope, and some supporting buildings.

This is the desk at the base of the old refractive telescope. The original was operated by hand cranks, but sometime in the 19xxs motors were added (and this control desk) to position the tube. Mostly, I want a desk that looks like this at home. And that chair. 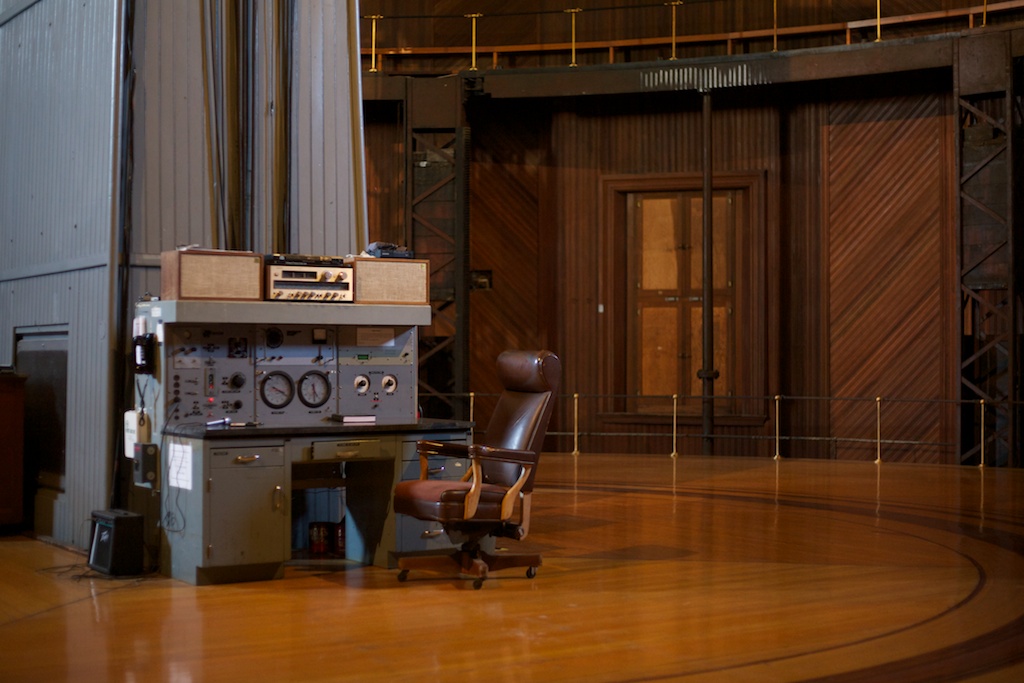 At the 120" reflective spectrometer, I ran into this little guy and experienced some serious thumper envy. Didn't see a rider anywhere though. 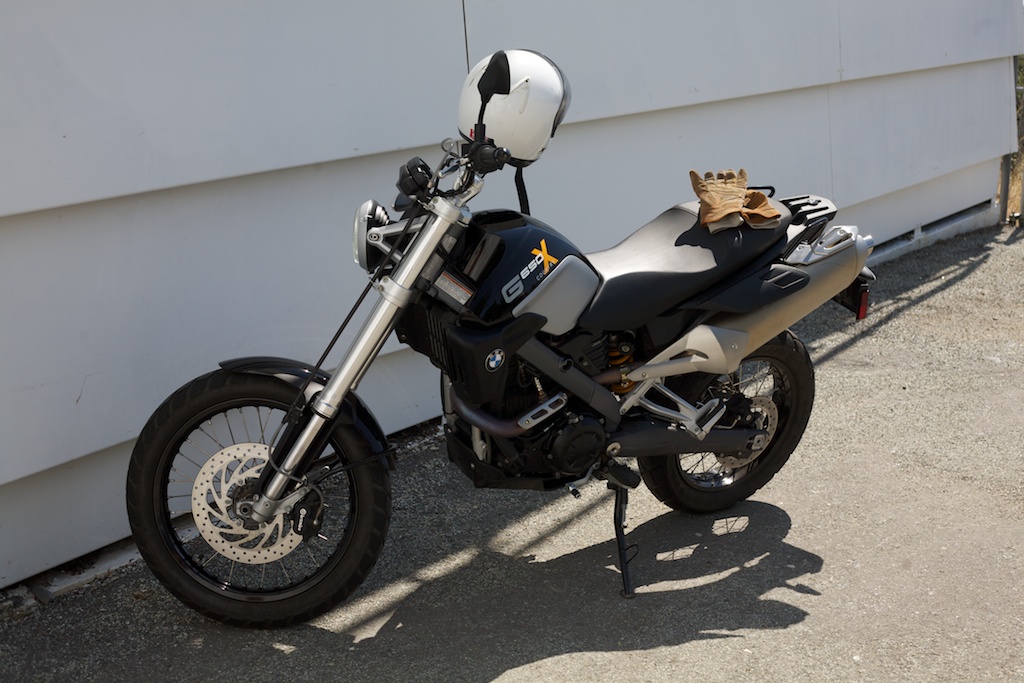 The telescopes at the top of the mountain vary in age by over a century. I liked the contrast of this view. The dome that the security camera is pointing at looks like something out of a science fiction movie, one of the new fully-automated telescopes. 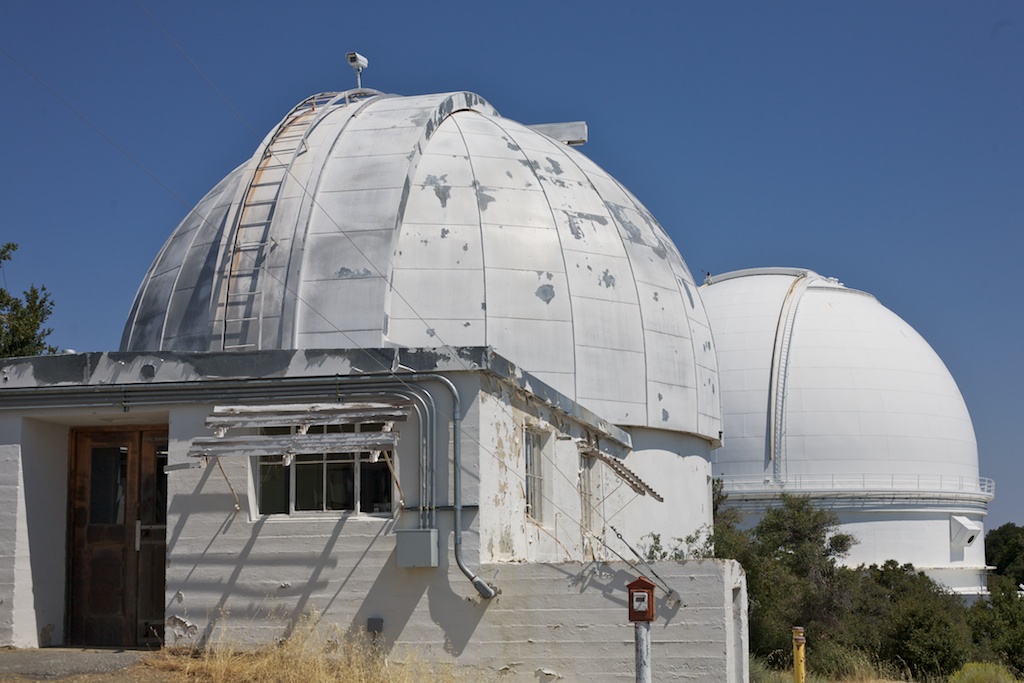 One last shot from Mt Hamilton. Shot from the cluster of domes (I counted at least 4) around the 120" reflector, the largest dome in this shot is the old 36" refractor telescope. 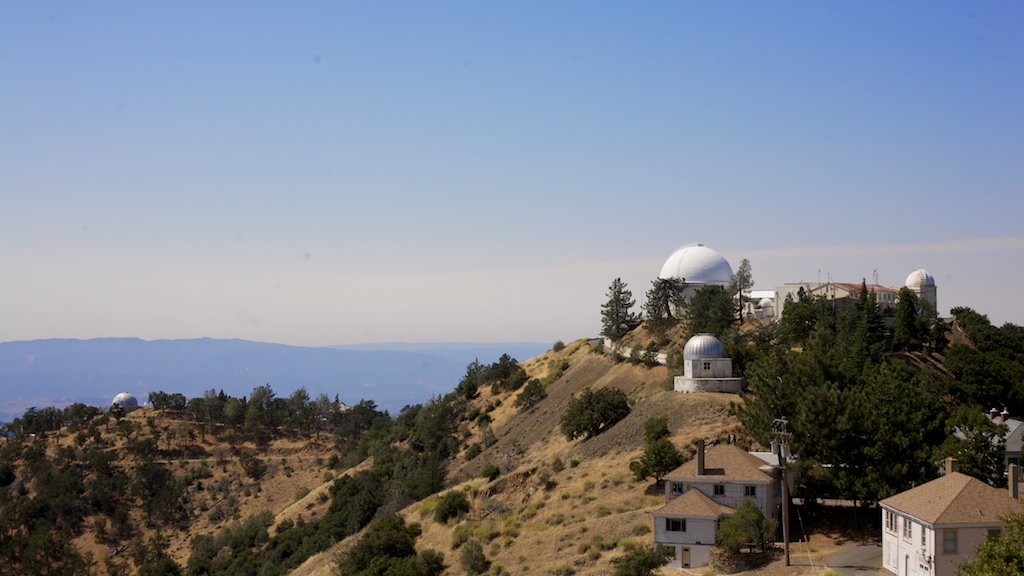 The end of the fun part, and the end of pictures for day one. There were more bikes than cars on the east side of the mountain, and I didn't see anyone going my direction the whole day. Nice and lonely. 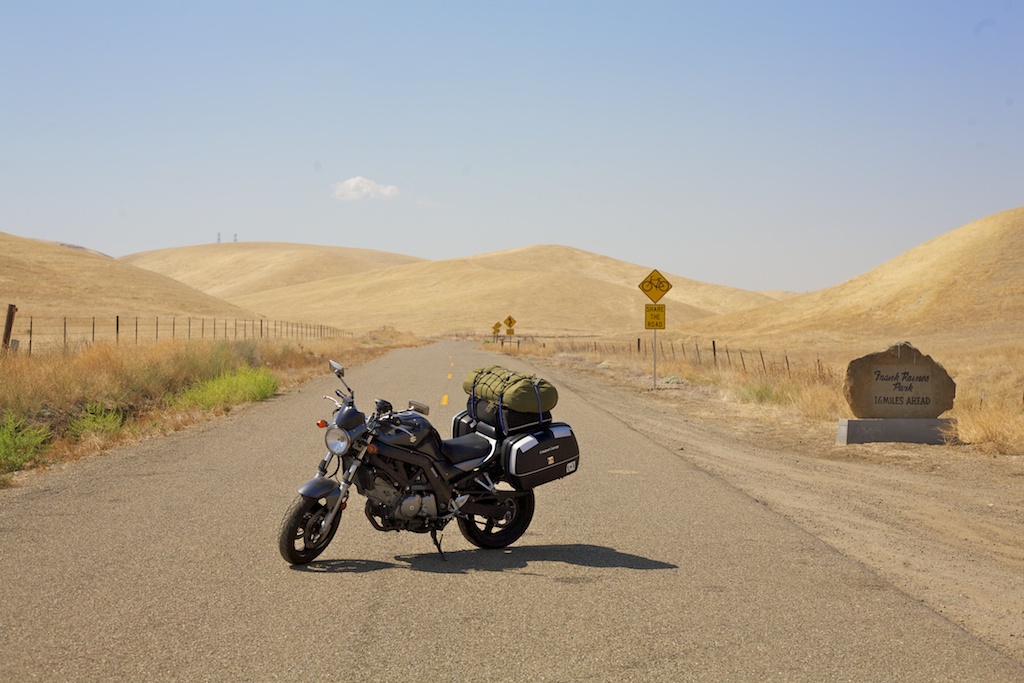 I'm supposed to have internet tomorrow night, but I have no idea how it's going to go after that. I think tonight I'm going to spend the extra few dollars for tethering for my phone, but the sleeping plan is mostly to find a spot to pitch a tent at the end of every day, with the occasional night in a motel when it's time to shower and do laundry in the sink.

Tomorrow is another day of minimal highway riding (destination: Dayton, NV). Looking forward to it.