Last night, Dezmo's cat took an interest in my stuff. To a kitten, everything is a toy! 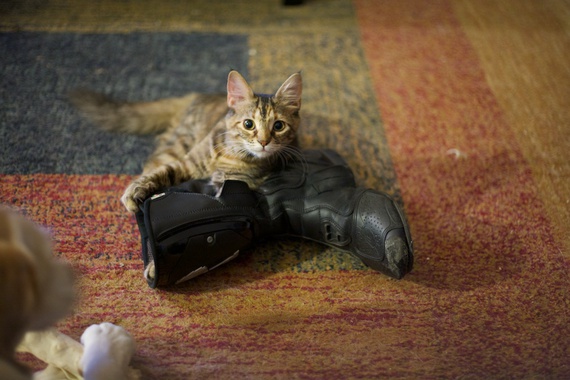 Today Dezmo had the day off, so he took me out and we put on some good miles. 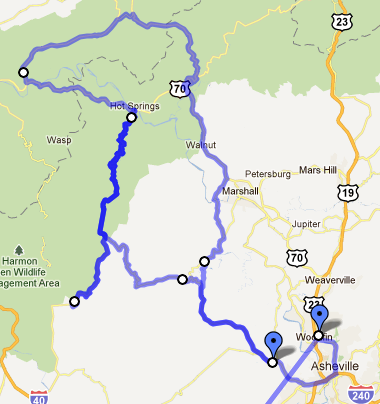 We had to cut the riding short, because the actual map for today looks like this.

Last night I was shown around East Nashville by my buddy tubenerd (also known as "internet daddy") and it's a pretty happening town. I take everything back, this place is awesome. 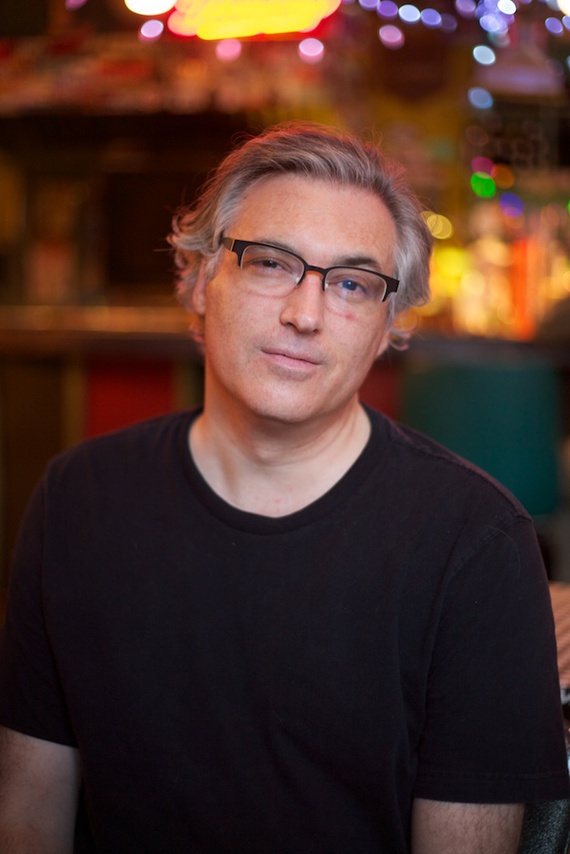 As of last night I have an interview on Friday in California, so I stepped things up today so I can get a good day of riding in tomorrow before my flight.

Oh wait, that's the wrong map. Here's the part I was awake for.

So I gave in and hit the slab this morning, but as I got closer and closer to the Gap, life started getting better. Not sure how to explain it, it started when I actually saw other bikes on the road—that's a good start. A store dedicated to dual sport riding? Getting warmer. And then? 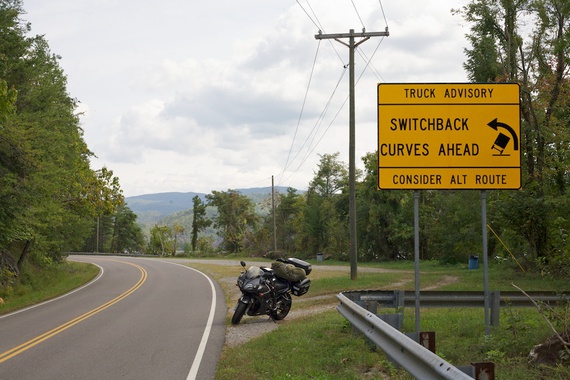 Last night's campground was pretty cozy. Even had a sportbike sighting. It disappeared right after I shot this, sorry it's so blurry. 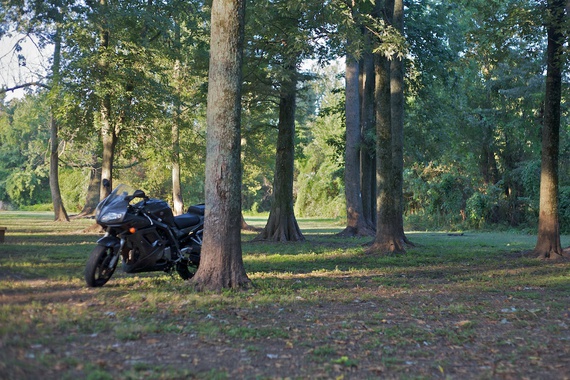 Bags back on, looking for adventure in Tennessee. I was only heading to Nashville so I took a few detours on the way.

I was getting pretty tired of being rained on. A week in St Louis allowed the weather to blow over, and me to spend some time with the missus, which for the most part meant taking care of her while she was sick. Good timing. 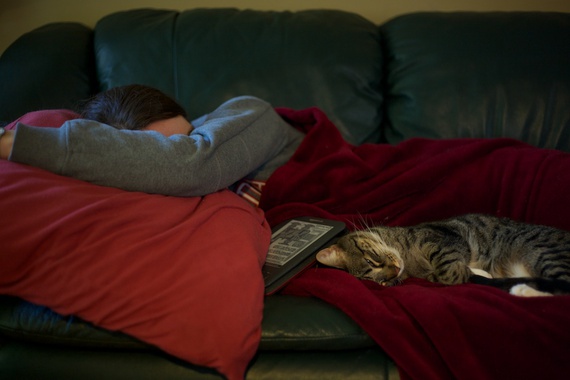 She's all better now and today was a gorgeous day to be on the road! 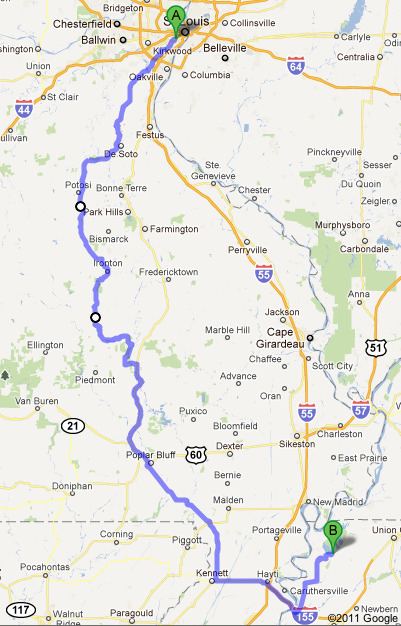 I was within hailing distance of St Louis yesterday, so I shot straight home. I have plenty of time to explore Missouri apart from this trip, and I missed me a Milami.

It rained the entire time, but it was pretty obvious when I hit Missouri—no more defunct gas stations and towns every 40 miles or less. I guess this place isn't so bad after all.

I didn't get the camera out until I got home, too busy trying to not get killed on the superslab and staying warm. Here's the end of this leg of the trip, the N stabled with our other bikes. 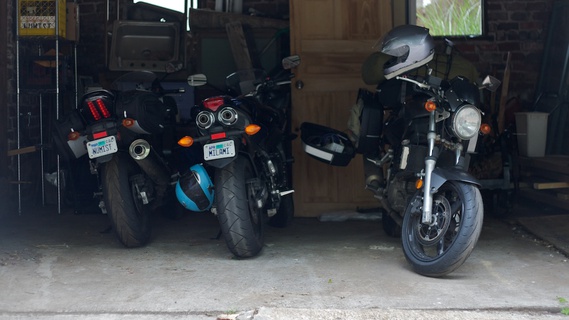 Milami heard me downshift in the alley and greeted me before I'd opened the garage (it's actually our neighbour's garage, but he lets us keep our bikes in there as long as we don't mind his stuff). She allowed me a picture before she helped me out of my gear. I think she missed me. 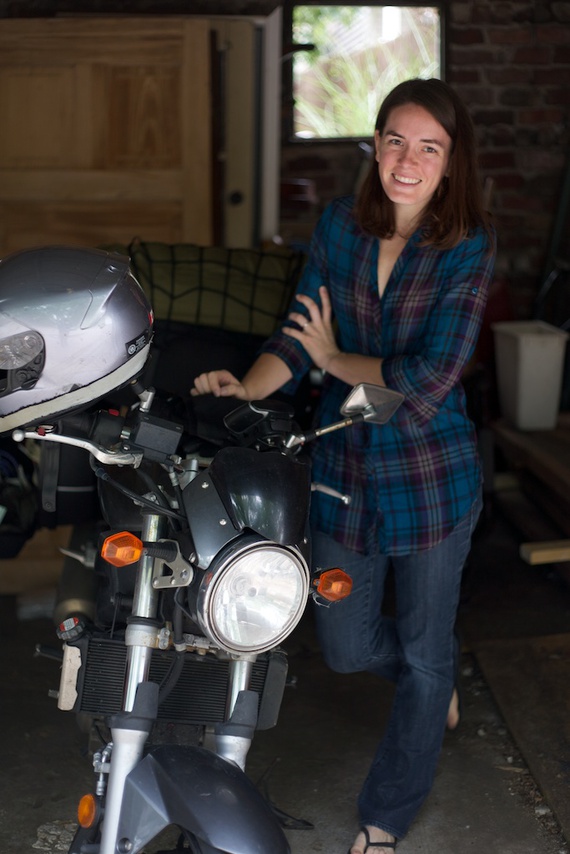 I'll probably be home a few days/a week (Milami wants to keep me here until next Monday), and then it's off to North Carolina. We'll pick things back up then, thanks for joining me.

Lots of progress made today.

Sorry about the lack of pictures today. I used to live in Colorado, so I didn't ever get the unstoppable urge to pull over and take some pictures. More than that, the entire scenic portion of today's trip was either 1) raining 2) freezing raining or 3) blizzard. Seriously. Luckily, I stopped in Durango on my way out this morning and picked up Frogg Toggs and some warmer gloves. It was nice to see the evergreens in the rockies again.

The plan was to go to La Junta, but CO-10 is closed. More than that, after dinner in Walsenburg… 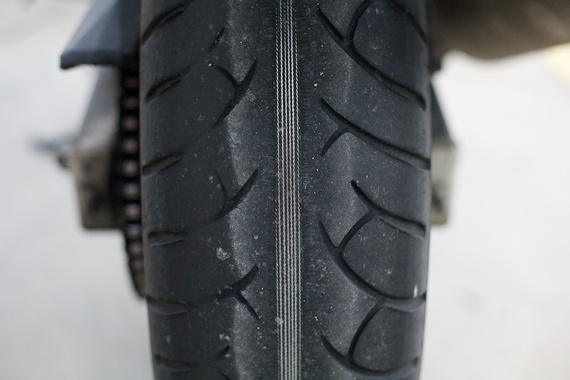 There was no belt exposure this morning when I did my walkaround (and the left side wasn't worn down that much either, come to think of it), so this was a bit of a surprise. I called around and found a shop in Colorado Springs that has a 160/60 17 in stock, so took it slow to Pueblo and I'll do the last hour tomorrow morning and arrive around when they open. The tire doesn't seem to have worn down much between Walsenburg and Pueblo, and is holding a constant 35 psi, so it should be fine. Hopefully the shop has something that's dual-compound because Kansas starts tomorrow.

Pueblo isn't really out of the way, since the recommended detour for CO-10 is I-25 to US-50. Detouring for a new tire adds an hour of riding and probably an hour of downtime in the shop. I have three days budgeted to get to St Louis. Taking US-50 the whole way is 870 miles, which is totally doable, even with this break.

You didn't see last night, but I actually parked inside a pavilion since then I could reach an outlet from within my tent. This turned out to be a good idea because the skies opened up that night and continued into the morning, which made packing up nice and dry. 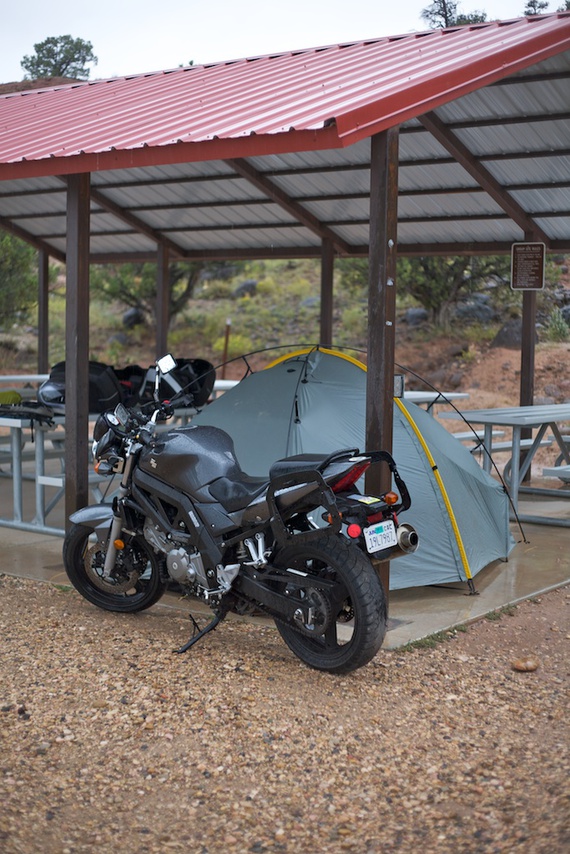 I was considering staying another day, since hey it's cold and rainy why not. When I asked the internet what it thought about that idea, well… 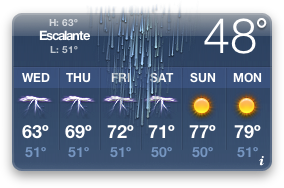 Decision made, let's put some miles on. 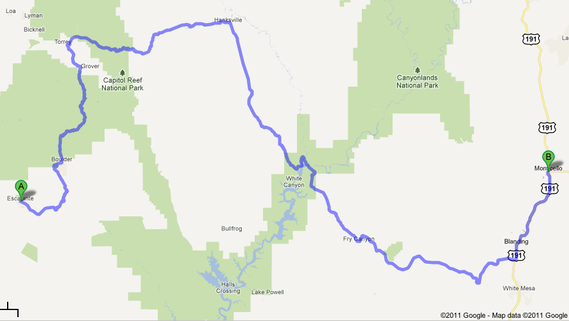 Today was the first leg into Utah, I quit early and made camp because I need to write a résumé for something that just popped up. Yes, in my tent. My life is weird.

Day three: I've never ridden so much in a straight line. 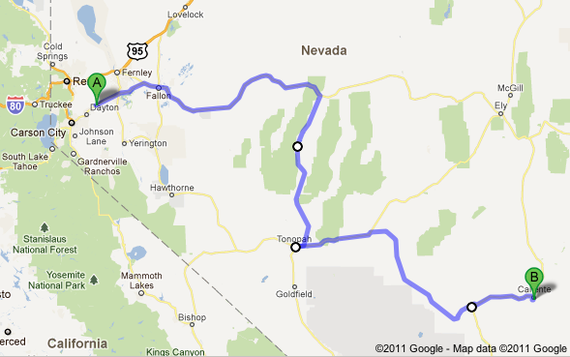